A stay-at-home sportswriting session: Talking shop with an old friend (and his journalism students)

Posted on April 24, 2020 | Comments Off on A stay-at-home sportswriting session: Talking shop with an old friend (and his journalism students)

Matt is going to kill me for sharing this pic.

It’s the late 1990s, and our band of aspiring writers, editors and photographers from the Sacramento State newspaper, The State Hornet, is running around the city of Atlanta for a journalism convention that might have also included some evening hours hijinx along the way. This shot, more than any other, speaks to that nostalgic silliness that came during a simpler time. 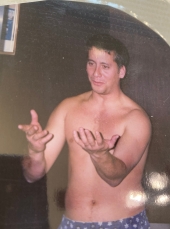 Dude in boxers, in the middle of a hotel room hallway, having some sort of animated conversation with the rest of us who had never been out on our own quite like this before. The next day (likely), there’s me rocking khaki shorts, a camera bag and…yeah, we’ll just move on from the Centennial Olympic Park fashion review. 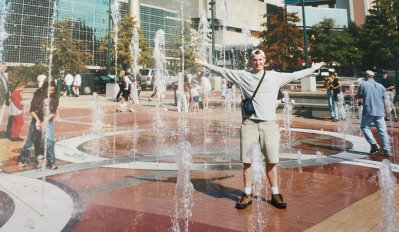 Back then, Matt was the funny and insightful columnist at the Hornet while I was everything from the women’s rowing beat writer to Sports Editor with every gig in between. Fast forward 20-plus years, and now he’s a media teacher at El Camino High School who helps his students put together a newspaper of their own (among many other media things).

Matt and I connected on all things sportswriting earlier this week, talking for 45 minutes with his class about lede writing and story finding and all the things that have become quite a bit tougher during this time of quarantine and suspended sports. But the elements of what we do remain the same, and our chat seemed like the sort of thing that other young folks might enjoy as we all sit around waiting for this pandemic to pass.

Comments Off on A stay-at-home sportswriting session: Talking shop with an old friend (and his journalism students)